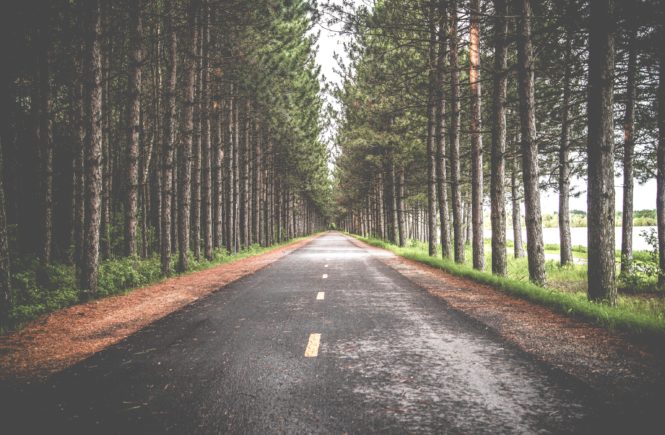 We’re all familiar with the old adage, “Ignorance is bliss.” More and more I am finding this statement to be true. It is particularly true as it relates to my love of running. When I first began to run, I was blown away by how it made me feel. I loved to feel the air in my lungs. I loved to feel the rhythm of my feet on the pavement. I loved how the complexities of life seemed so far removed from what I felt that very moment. I loved the beautiful atmosphere and the sun on my face. All of those things together made me feel so alive. It was, in a word, blissful.

In the early days, one of my favorite running routes took me to the edge of town where I would run on a nice little country road. It was a wooded area and the houses were on large parcels of land and set way back from the road. I would hear the birds singing in the trees and would see squirrels, bunnies, and even the occasional deer.

One beautiful fall day I ran down that country road in much the same way that I ran it most days – with my headphones in and my mind zoned out. Suddenly, I stopped dead in my tracks. My heart pounded as my gaze fixed on a black bear no less than 30 feet from me. He was eating wild blackberries in the grassy ditch next to the road. As the bear looked up, our eyes met. I felt sheer terror. I wanted to run but my mind told me not to move. Thoughts raced through my head as I considered various escape scenarios. In that moment I realized how absolutely defenseless I was. I desperately hoped that a car would come along to distract the bear or to take me to safety. But no car came. I was all alone. After what seemed like eternity but was likely only minutes, I backed away slowly but kept my eye on the bear. He watched me intently. I was fully aware that the bear could easily outrun me if he decided to charge. Eventually I turned and ran, and the bear did not follow. But that day was a turning point for me.

I decided not to run in the country anymore. I found some new routes in town, and things were different, but good. I got used to running next to traffic, and found a slightly different zen. But once again, my blissful state was shattered. Over the course of just a few weeks, three women were murdered while they ran. I imagined that they too ran for peace and clarity. But for them, the unthinkable happened. I began to realize that bears were not the biggest danger to me. The threat of being attacked by another human became very real to me.

I enrolled in a self defense class at the Y.  It was empowering, but also sobering. I had never considered that someone might grab me from behind, or throw me to the ground. I hadn’t considered that running by myself was not a good idea. I learned some self-defense moves, but wondered if I could truly protect myself if needed. My ignorance was definitely bliss, and I wish I could go back.

My husband says that I can’t let my fears stop me from living and doing the things I want to do. I know that in my heart, but my mind tells me otherwise. These days I am constantly trying to balance my love of running with my fear of running. I do everything I can to protect myself, but wonder if it will be enough. Will I get distracted at the wrong moment? Will I remember how to react if needed? Some days are definitely better than others, but the fear is real. Nevertheless, I choose to run.