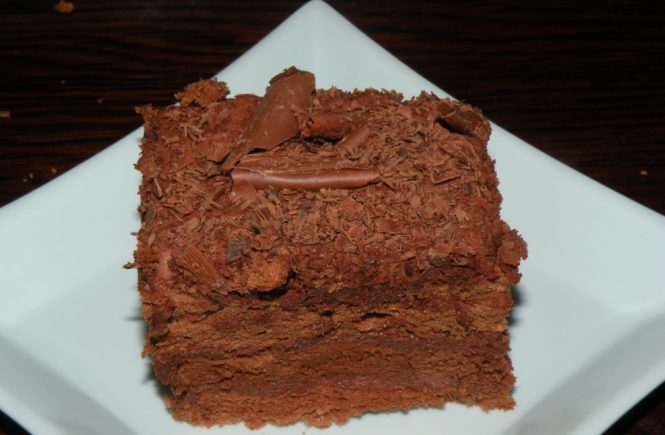 I had mixed feelings about this recipe from beginning to end but after all was said and done, I thought this cake was excellent!

Normally I only make half of the assigned recipe but since we were having a gathering at our house on Monday night I  decided that this week I was going to make the full recipe.  Figures that I would decide to do this on the one recipe that actually requires more work to make the full recipe and I notice most bakers only made half this time (lol).  But that’s okay. . . it was actually worth the effort.

For some reason I thought that the ganache was supposed to be made two hours before the cake.  So, I dove right in and made the ganache.  I skipped the food processor directions and just heated the milk and then poured it over the chopped chocolate.  It was a bit unusual to have twice as much cream as chocolate in the ganache.  I kept wondering if this could be right clear up to the point that the soft peaks appeared while beating it and I felt very relieved.  Then it needed to go into the refrigerator and stirred every 30 minutes until it reached 65-68 degrees. 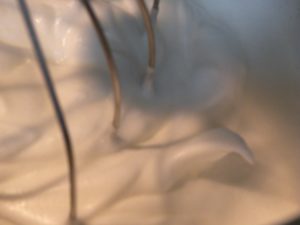 With the ganache made, I proceeded to make the cake.  To make the full recipe, you must make two separate batches of batter and bake two separate pans of cake. Each cake is cut in half so that you have four layers to stack with the ganache layered between.  The egg yolks and egg whites are each beat separately so I felt like I would never quit beating eggs and the recipe would never end.  It probably didn’t help that I ran out of cream of tartar after the first batch so I had to run to the store to get more.

Finally, both cakes were baked!  But then I realized that I was supposed to chill the cake before I assembled it.  That was a small problem since my ganache had just reached 66 degrees.  Hmm. . . . well, I decided that I was just going to plow ahead.  I proceeded to beat the ganache and it came out perfect (although it took longer than the 30 seconds it says it will take in the book).  I popped the warmest layer of cake into the freezer for about 5 minutes (the other one was at room temp) and I proceeded to assemble. 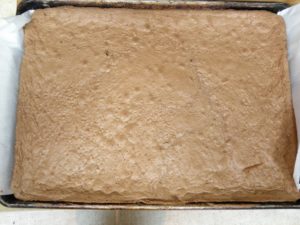 The layers were pretty fragile but with the help of a cake lifter it was all good.   I put a full cup of ganache on top of the first cake layer (because that’s what the recipe says), but by the second layer I could see that there was not going to be enough ganache to put a cup on each layer.  So then I just spread it thinly on top of each layer and it came out perfect at the end.  I wrapped the whole cake in saran wrap and put it in the fridge.

Monday night I pulled the cake out of the fridge about an hour before our gathering was to begin.  I put some chocolate curls on top and voila!

The cake definitely seemed to be a hit.  I say this not because people were raving about it, but because I think nearly every person went back for seconds.

I wasn’t sure about the texture of the cake layers right after I made them.  But when the cake sits in the fridge overnight, the layers meld right together and it is completely transformed into an AMAZING cake.  It is intensely chocolate but actually has a very light texture. I guess that’s why they call it a chocolate feather bed! 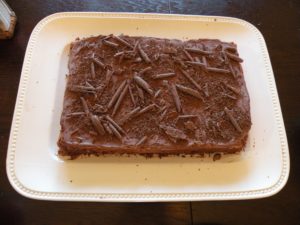 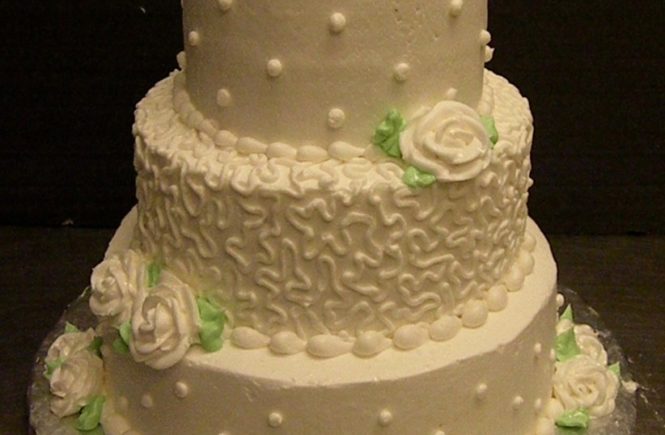