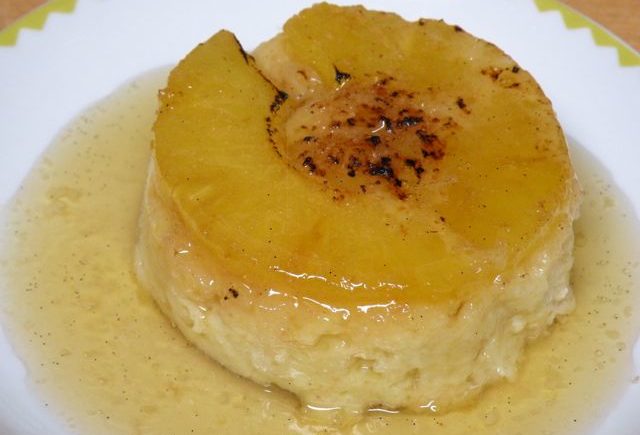 This project was full of frustrations.  Not only did I burn myself on the caramel which resulted in a trip to the ER and blisters on my thumb and index finger, but after all that, the caramel is just too solid to work in the way it indicates it should in this recipe.   In the end though, I think I ended up with a pretty nice dessert. 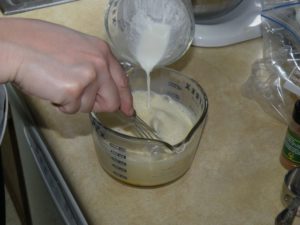 The first step in this recipe is to make Creme Anglaise.  This sauce went together quite easily and I was actually thinking the cakes were  going to be a breeze to make.  The sauce is made by scalding cream and milk and then pouring it over eggs and sugar with a touch of nutmeg.  Then you pour the sauce over cubed brioche which I had made a few days earlier (see my previous post).  The brioche is refrigerated anywhere from 2 hours to 12 hours.

The next step is making the caramel.  Now I have made caramel quite a few times and I feel pretty comfortable with the process.  However, this caramel seemed to harden up almost immediately.  I put it in the measuring cup and then poured it into my ramekins.  The first four were just fine but by the time I got to 5 and 6, the caramel was solid 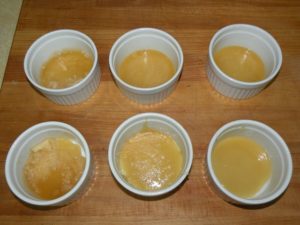 before it spread out on the bottom of the ramekin.  No problem I thought to myself, I’ll just pop it in the microwave since Rose suggested doing that while still in the measuring cup.  When I took it out of the microwave it was all bubbly and thick but hadn’t spread out.  Now this was the point that I did something very very stupid and I can’t even tell you why.  But I poked my finger into the caramel to spread it out on the bottom of the ramekin and I don’t think I need to say that the caramel was VERY hot!  It’s one thing to accidentally spill hot caramel on you which results in a burn, but I can not believe that I actually put my finger right into the boiling hot caramel.    Well, my baking was done for that night. 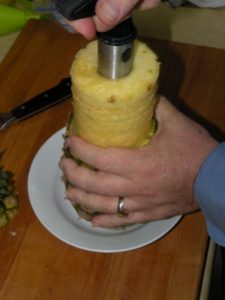 So tonight I figured I’d whip this dessert together.  Hubby helped me by coring the pineapple with the corer we bought this summer.  I have to put a plug in for this nifty little gadget since I wasn’t sure it was going to be worth it to buy it.  But we have really used this a lot and it saves so much work when you eat pineapple.   Since I decided to go ahead and core the pineapple first, I had to alter the instructions just a bit.  I made the syrup and then just put the slices in to roast.  I was having trouble with the thermometer in such a small amount of liquid so I just used my own judgment on when it was ready.  My ramekins were the perfect size to put the pineapple rings in and I thought it would be pretty just to leave them whole so that is what I did.

The next step is to drain any creme anglaise not absorbed by the brioche.  Mine didn’t seem to have any extra which may have been due to the fact that it soaked an extra day.  All I know is there wasn’t any leftover to use as garnish.  The soaked brioche is spooned into the ramekins and baked in a water bath.

I baked the cakes for about 35 minutes, when the internal temperature was 160 degrees.  I let them cool about 5 minutes and then unmolded them onto a plate.  The caramel was still hard and was just a disk that was stuck in the bottom of the ramekin.  My caramel must not have been dark enough because it looked anemic when I removed it and put it on top of the pineapple cake.  I was trying to figure out whether to just throw it out altogether when I decided that I could take the torch to the caramel to brown it up a bit.  So that is what we did and tried it with the disk on the top of the pineapple as well as to the side.  Still, the caramel itself really didn’t taste that great and was rock hard.  After eating our little cakes and quite liking the taste of them without the caramel, we had an idea.  Why not forget the caramel altogether and just put a little turbino sugar on top of the pineapple and caramelize the sugar.  So that is what we did and I think out of the three options, the last one is the best. 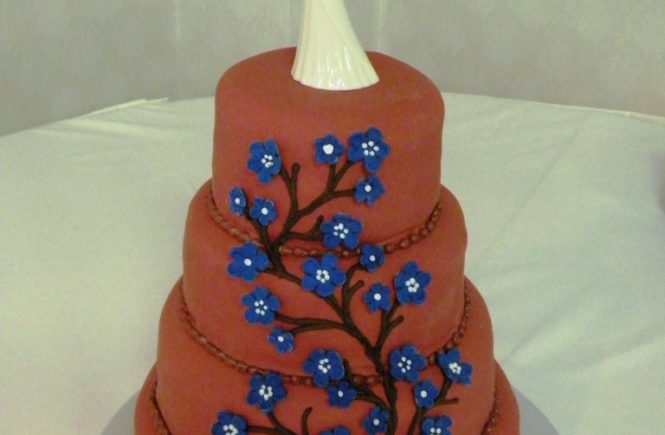 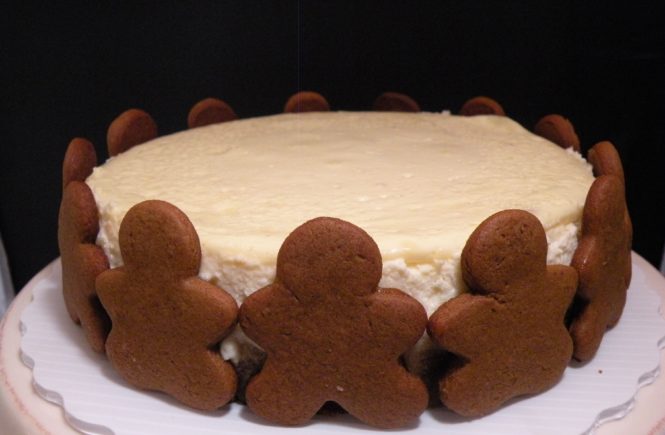 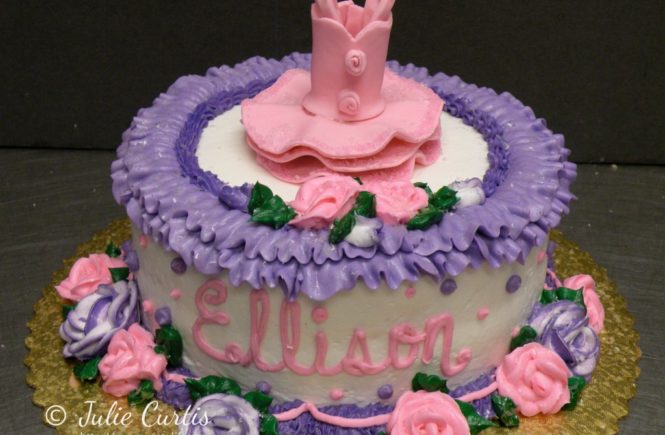